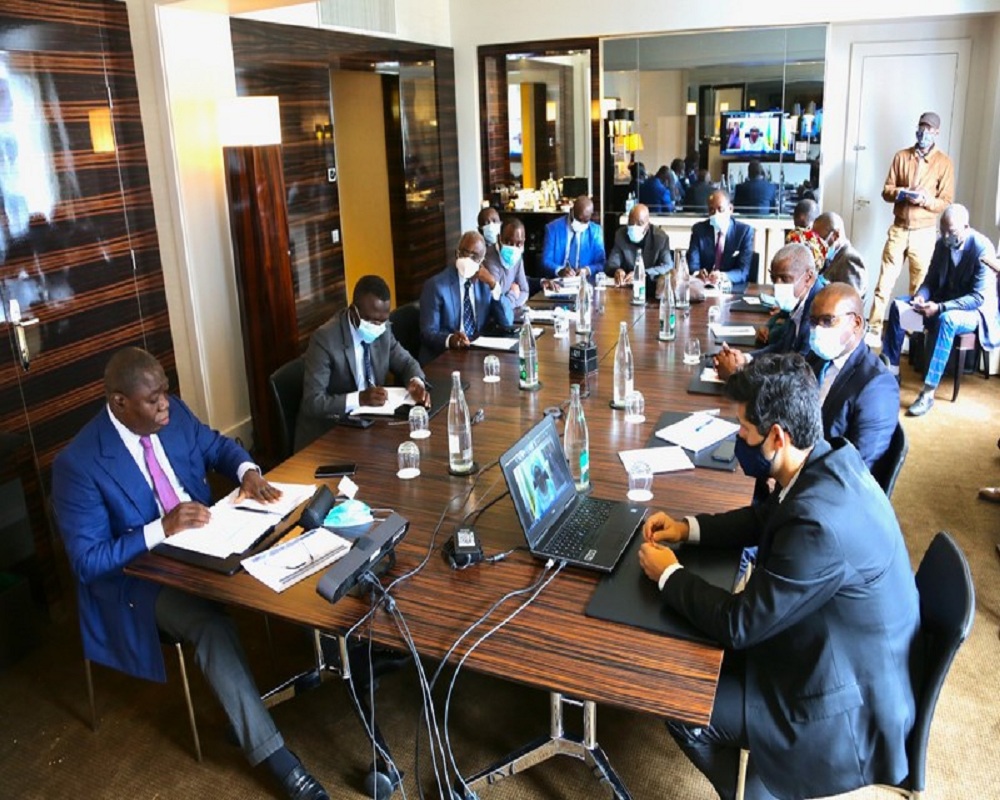 For the first time, initiated by the Center for Foresight for Development (CEPROD), a mission, led by Minister of State Gilbert Ondongo in charge of the economy, attended the annual meeting of professional expertise around many French and foreign personalities wishing to discuss and think about the best tools for their investment projects.

From September 30 to October 1, the International Meetings of Public – Private Partnerships ”, RIPPP, allowed participants to unveil all the political, economic and legal news of PPPs, an opportunity also to talk about public investment, to spend review all technical and regulatory information concerning the partnership market, concessions, semop, etc.

This virtual place designed for the circumstance has turned into an event conducive to BtoB in an interactive format until the presentation of calls for projects. From the face-to-face room in Paris, the entire Congolese delegation, in compliance with barrier measures, constituting an attentive audience, connected to follow and participate in “e-networking”.

Face-to-face: Ludovic Ngatsé, Minister Delegate to the Minister of Finance and Budget, in charge of the Budget; Michel Ngakala, President of the General Conference of CEPROD, Minister in charge of Mission to the President of the Republic; Paul Obambi, president of the Brazzaville Chamber of Commerce and Industry; Apollinaire Aya, itinerant ambassador to the President of the Republic; Eugène Ondzambe and Mesmin Euloge Koumba, both advisers for reforms and the business climate, in the cabinet of the Minister of the Economy; Welcome Cielht Akouala Matondo, advisor to the minister responsible for the budget; Antoinette Kebi, Executive Secretary of the Women’s Advisory Council; Jean Eric Djendja Itoua, expert in cooperation and development; Didier Ngalebaye, lecturer in philosophy and Ignace Ngakala, project manager.

During a round table of Ministers of Central Africa moderated by Marc Teyssier d’Orfeuil, co-founder of RIPPP and general delegate of the PPP Club, Gilbert Ondongo via Zoom spoke on the theme “Bridging the infrastructural deficit of the area CEMAC ”. Invited to speak, he presented the strengths of the Congo Basin sub-region.

His investment advocacy was supported by Daniel Ona Ondo, President of the CEMAC Commission, connected from Douala in Cameroon and the Congolese ministers Ingrid Ebouka-Babackas, in charge of Planning, Statistics, Regional Integration , Transport, Civil Aviation and the Merchant Navy, connected from Brazzaville and Ludovic Ngatsé, in charge of the Budget, present in the room in Paris.

For the Minister of State, Gilbert Ondongo in his capacity as Chairman of the Steering Committee for Economic and Financial Reforms of CEMAC, the opportunity was given to him to talk about the projects carried out together in the sub-region, despite the current obstacles. inter alia by the weight of debt, insecurity and governance.

And to present this area by virtue of its geographical location, as being a part of the continent that can be qualified as “part of the continent of the future” for its young economies with countless advantages. “Investing in this area is like making a bet on the future,” he said, explaining in passing that the Congo has been part of the dynamic for barely 6 months. A common approach has been set in motion to harmonize practices across the six member countries.

Speaking in turn, Ingrid Ebouka-Babackas highlighted the attractiveness of transport in the sub-region. A sub-region located in the middle of the project of the connection between the blocks of South Africa and West Africa said Ludovic Ngatsé.

In conclusion, Michel Sapin, the former Minister of the Economy of France, recalled some economic and strategic principles with a view to good governance, the need to create confidence, to rethink the debt. And that, under the PPP, the state must always be present to the point of keeping a balance for the roles of each.

Regarding the think tank initiated by this mission, according to one of its members, CEPROD will continue to organize this kind of meeting. The delegation will make the most of its stay in France and increase its contacts with investors with a view to the holding of the “Symposium on PPP in the Republic of Congo” in Brazzaville.

Next working session known on the agenda from October 5 to 9, 2020: participation in the (virtual) online thematic workshops at LRIPPP and Paris – Infraweek.