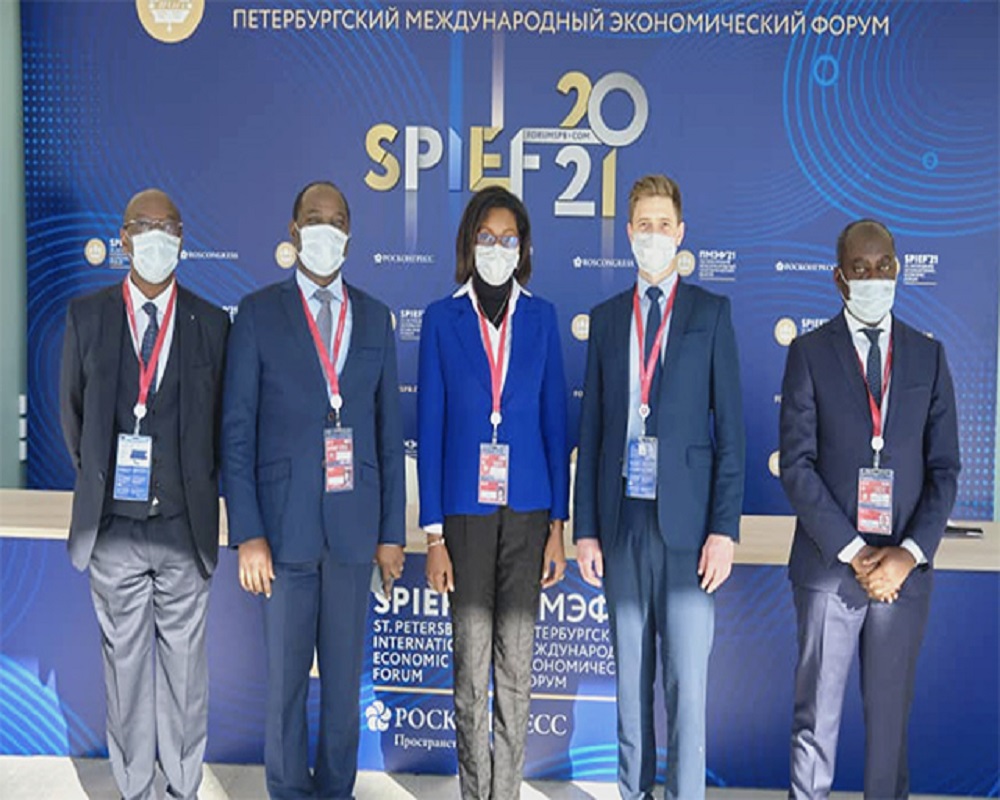 Present at the 24th edition of the Saint Petersburg International Economic Forum (SPIEF 2021), Gabon via the National Agency for the Promotion of Investments (ANPI-Gabon) and the Employers’ Confederation of Gabon (CPG), has signed two protocols of agreement which should allow the promotion of the business framework between Gabon and Russia as well as the creation of a Russia-Gabon Business Council.

Led by the Ministers of Investment Promotion, Carmen Ndaot, and of Trade, Hugues Mbadinga Madiya, a delegation made up, among others, of the Director General of the National Agency for the Promotion of Investments (ANPI-Gabon) and the President of Employers’ Confederation of Gabon (CPG) stayed from June 2 to 5 in the Federal Republic of Russia, as part of the 24th edition of the Saint Petersburg International Economic Forum (SPIEF 2021).

If the objective of this delegation was to promote the projects of the Transformation Acceleration Plan (PAT) for the conquest of new partners, two memoranda of understanding were nevertheless signed with Russian officials, in the area of ​​economic cooperation. A good harvest for the Gabonese delegation to which Russia has demonstrated its willingness to invest in the country.

The first protocol, said a statement from the Ministry of Commerce and SMEs, was signed between ANPI-Gabon and the Russia-Africa Business Council. It “aims to promote the business and investment framework between Gabon and Russia with the first consequence of the arrival in the second half of July of the first Russian businessmen in Libreville,” the statement said. The second memorandum of understanding was signed between ANPI-Gabon, CPG and the Russian economic promotion institution The Roscongress Foundation. Its objective “is the establishment of a platform for bringing together Russian employers’ associations and the CPG as well as the creation of the Russia-Gabon business council.”

In addition to these signatures, the Gabonese delegation had exchanges deemed fruitful with local businessmen. She participated in the plenary session during which the President of Russia, Vladimir Putin, declined for the next few years, Russia’s post-Covid economic policy focused on supporting the development of SMEs / SMIs.

Begun at the Sochi summit in October 2019, exchanges between Gabon and Russia spurred by the heads of state of the two countries have accelerated with the SPIEF 2021. If in 2018 trade between the two countries reached 118 million dollars, just over 63 billion CFA francs, the signing of these two partnership agreements paves the way for the intensification of trade, through increased investments in priority sectors identified by the PAT. In particular, in the fields of energy, hydrocarbons, wood and more.