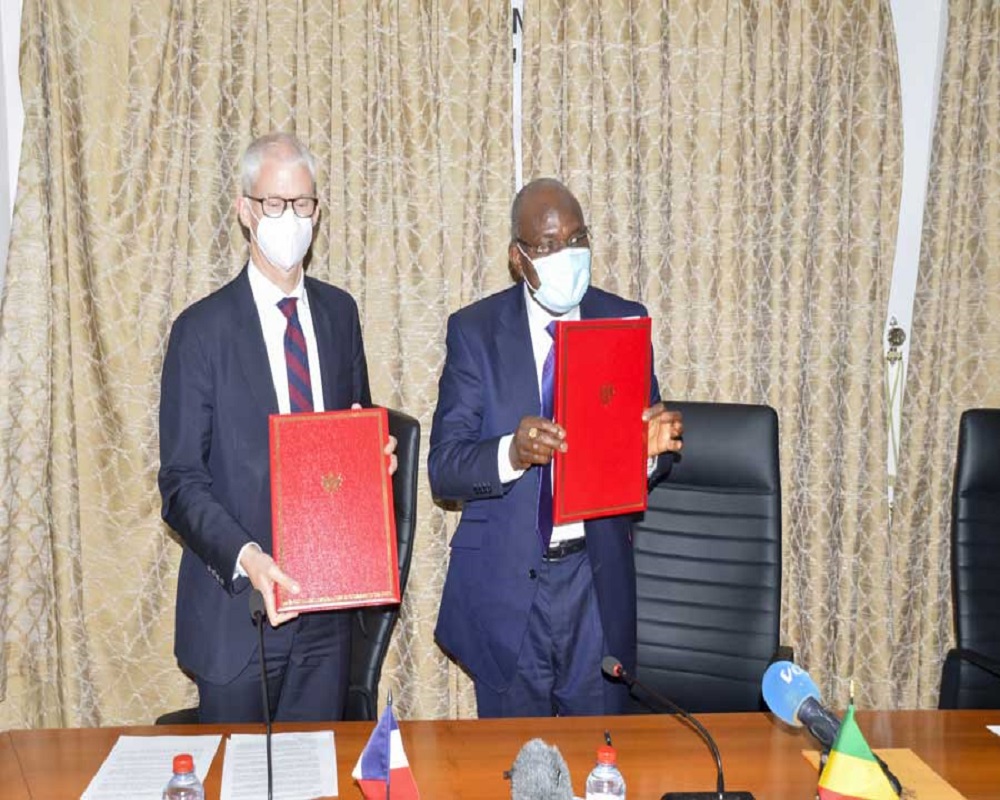 The Minister of Finance and Budget, Calixte Nganongo, signed on April 16 in Brazzaville, with the Minister Delegate in charge of Foreign Trade and Attractiveness, Franck Riester, the amendment to the agreement extending until June 30 the suspension of Congolese debt service to France.

The agreement is part of the G20 and Paris Club initiative to support vulnerable countries in the face of the impacts of the global health crisis.

“This signature shows France’s unwavering support for the Republic of Congo, at a time of health crisis with significant economic and financial consequences. The initiative of the Paris Club and the G20 to suspend debt service is a strong accompanying signal at a critical time, “the French Minister for Foreign Trade and Attractiveness said.

“We want to go further in the future, supporting you in this, particularly difficult year in terms of liquidity. You can count on France, ”he continued.

Also taking part in the signing of the amendment, the Minister for the Budget, Ludovic Ngatsé, reiterated that the resources released will be given in priority to the financing of expenditure aimed at mitigating the health, economic and social impact of the Covid-19, for the benefit of the most vulnerable Congolese populations.

“The Republic of Congo also undertakes to negotiate with all its official and bilateral creditors a treatment of debt service,” he said.

Recall that it was in mid-December that a first agreement to suspend Congolese debt service was signed between the French Ambassador to Congo and the Minister of Finance and Budget. The Paris Club creditor countries had, in fact, agreed to grant the Congo a suspension of debt service for a period from May 1 to December 31, 2020.

The Paris Club is the main international forum for the restructuring of official bilateral debts. France, which provides the secretariat, was the first to support the idea of ​​extending this initiative.

Outside the Paris Club, international financial institutions and multilateral development banks, including the International Monetary Fund, have made additional resources available to help countries in need.