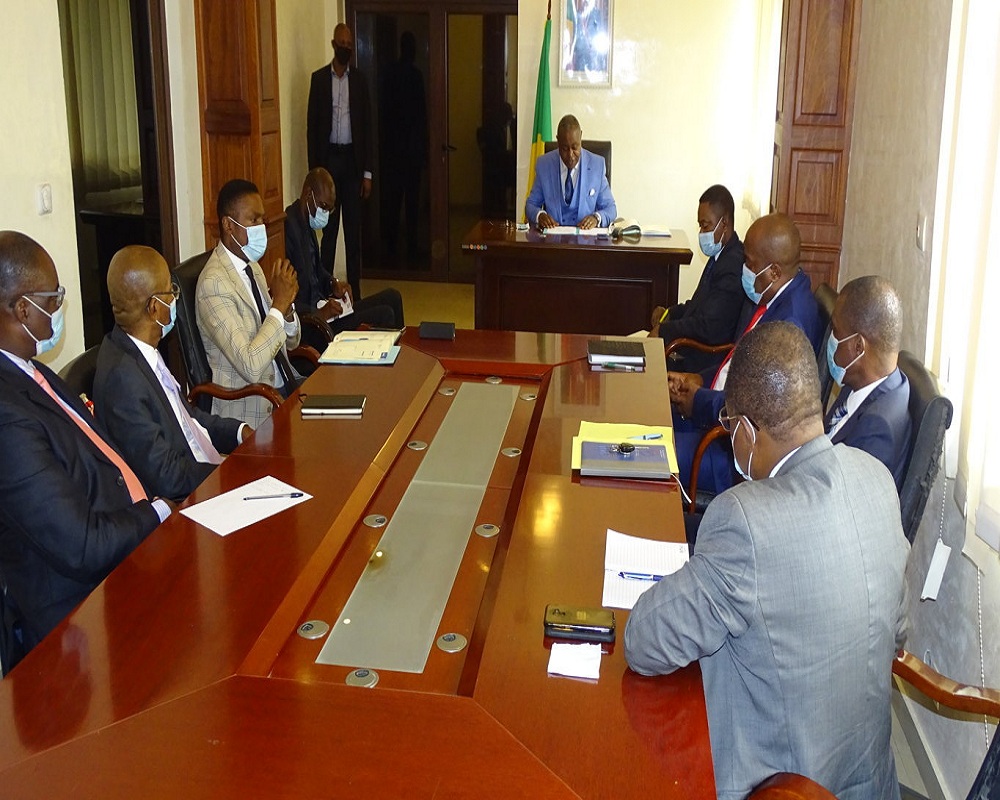 The Minister of Posts, Telecommunications and the Digital Economy, Léon Juste Ibombo, spoke on October 8 in Brazzaville, with a delegation from the Groupement interbancaire monétique de Afrique Centrale (GIMAC), led by its managing director, Valentin Mbozo ‘o, the interoperability of payment instruments in order to facilitate digital financial inclusion in the sub-region.

The meeting between the two parties was part of the implementation of the linking of the various players in electronic payment, whose impact on finances calls for the formation of a business community, through a platform. exchanges with investors in the digital economy sector.

In Congo, although all the banks and some micro-fiances are now connected to the Gimac-PAY platform, it is therefore appropriate that the two leaders in telephony (MTN and Airtel) adhere to the interoperability project of payment instruments. The aim is to facilitate the financial inclusion of the population and reduce the use of cash.

For his part, the director general of Gimac, Valentin Mbozo’o, said that the meeting with the Congolese authorities, including the Minister of the Digital Economy, was intended to boost the integration activity of mobile money operators.

It is, moreover, in this context that Gimac is working to promote awareness and adoption of interoperable mobile services among all the major players in electronic payments and the general public.

“Mobile telephone companies, fund transfers, aggregators, fintechs and administrations are today called upon to tie up to the interoperability of financial transactions for better traceability of financial flows”, indicated the general manager de Gimac, specifying that this would help the sub-region, through the Bank of Central African States, to better fight against money laundering, terrorist financing, tax evasion and capital flight.

According to Valentin Mbozo’o, the Congo, as a member country of Cémac, actively participates in the sub-regional Gimac interoperability and intends to take advantage of this digitalization in terms of financial inclusion.

In addition, in line with the objectives that Gimac has set for itself, namely to popularize electronic banking, improve the banking rate and promote financial inclusion, through prepaid and mobile products, he recalled that the group that he manages and signed a strategic partnership with Union Pay international, which is the world’s leading network in terms of electronic payment card holders, ie 7 billion holders. Likewise, Gimac has also started an interaction with visa to allow the Gimac card to interoperate in Visa’s global network.

Economic interest group, within the meaning of Ohada, whose members are ex officio: the Bank of Central African States; National Treasuries and credit institutions in the Cémac zone, the Gimac aims to define the regulatory and security framework, as well as the interoperability aspects of electronic banking in the Economic and Monetary Community of Central Africa.

To date, Gimac has 56 members, including the Central Bank, the Treasury of Cameroon, banks and Micro-Finance establishments. The Gimac network has 54 participants in actual production and more than ten members in the process of integration.

Since 2015, the Gimac platform has processed three million transactions for a total amount of 200 billion FCFA.