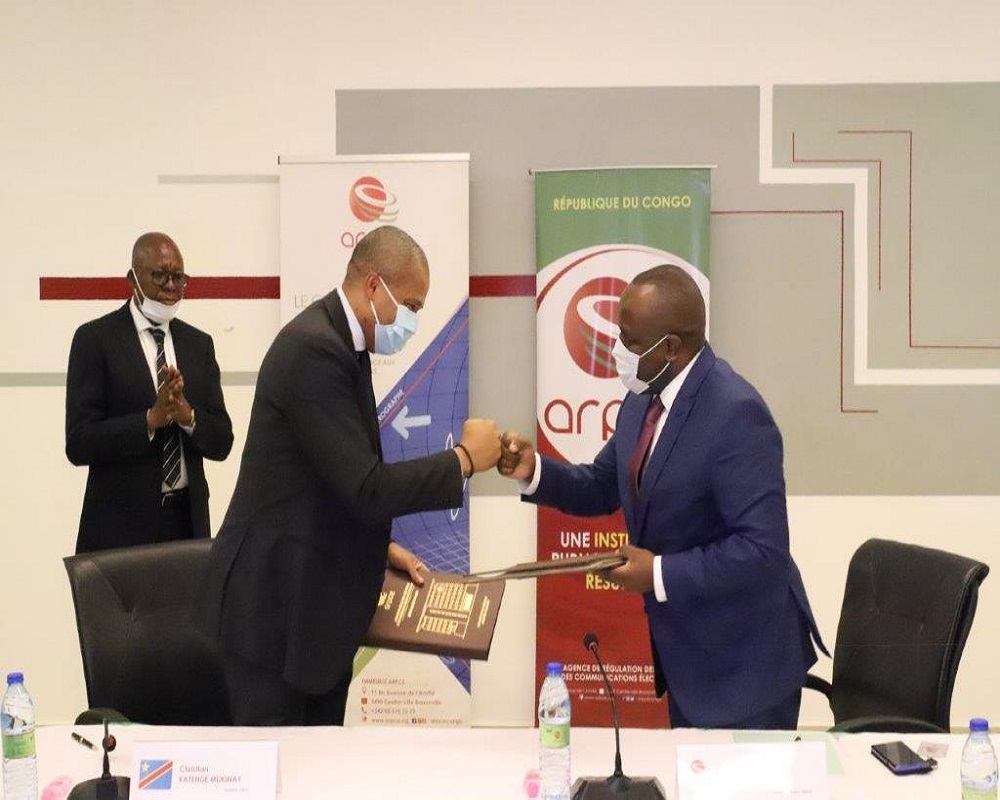 Signed between Louis-Marc Sakala and Christian Katende, respectively Director General of Arpce and President of the College of ARPTC, the agreement revolves around two essential points: the criteria for sharing frequency resources and the definition of common technical parameters, applying to 2G, 3G and 4G networks.

The decision underlined Louis-Marc Sakala, should thus allow the administrations of the two countries, whose capitals are the closest in the world, fair access to the frequency spectrum in border areas.

According to the terms of this document drawn up during the workshop of experts from the two countries on the issue of coordination of frequencies at the borders, on 19 and 20 November 2020 in Brazzaville, the telephone operators of each country will have to take the necessary measures in order to that their base stations, using non-preferential frequencies, no longer cause any harmful interference to stations in the neighbouring country, where these same frequencies are allocated in a preferential manner.

In addition, dealing with the problem of technological disparity which constitutes, according to the two institutions, an exception to be examined at the level of each country, the agreement did not fail to strongly index the harmful interference between the Congo and the DRC and the accidental roaming. On this point, the document signed in the presence of the experts obliges the operators to orient the antennas parallel to the river for the sites which are on the edge.

For 3G and 4G networks, the coordination agreement provides for the possibility of using frequencies “without prior coordination, if the field level does not exceed the threshold value indicated in the agreement, on the border and within from the neighboring country ”.

The implementation of this cooperation agreement provides, in fact, a roadmap, accompanied by a strategic plan covering the years 2021 and 2022. During the signing ceremony, the two regulatory authorities undertook to carry out regular measurements of electromagnetic fields, in order to ensure compliance with the thresholds set in the agreement.

Arpce and Arptc have also promised to notify any change in the national frequency plan and any new allocation, to notify any harmful interference in order to find suitable solutions, and to set the minimum threshold to be respected by operators as part of the deployment of their network.

This new coordination agreement, which follows on from the one signed by the two regulatory authorities in Kinshasa last September, forms part of a consultation framework, in application, by the two countries, of the relevant provisions of the Radio Regulations (RR ) which relate to the spectrum management method to be used to facilitate the process of assigning frequencies to terrestrial services in border areas.