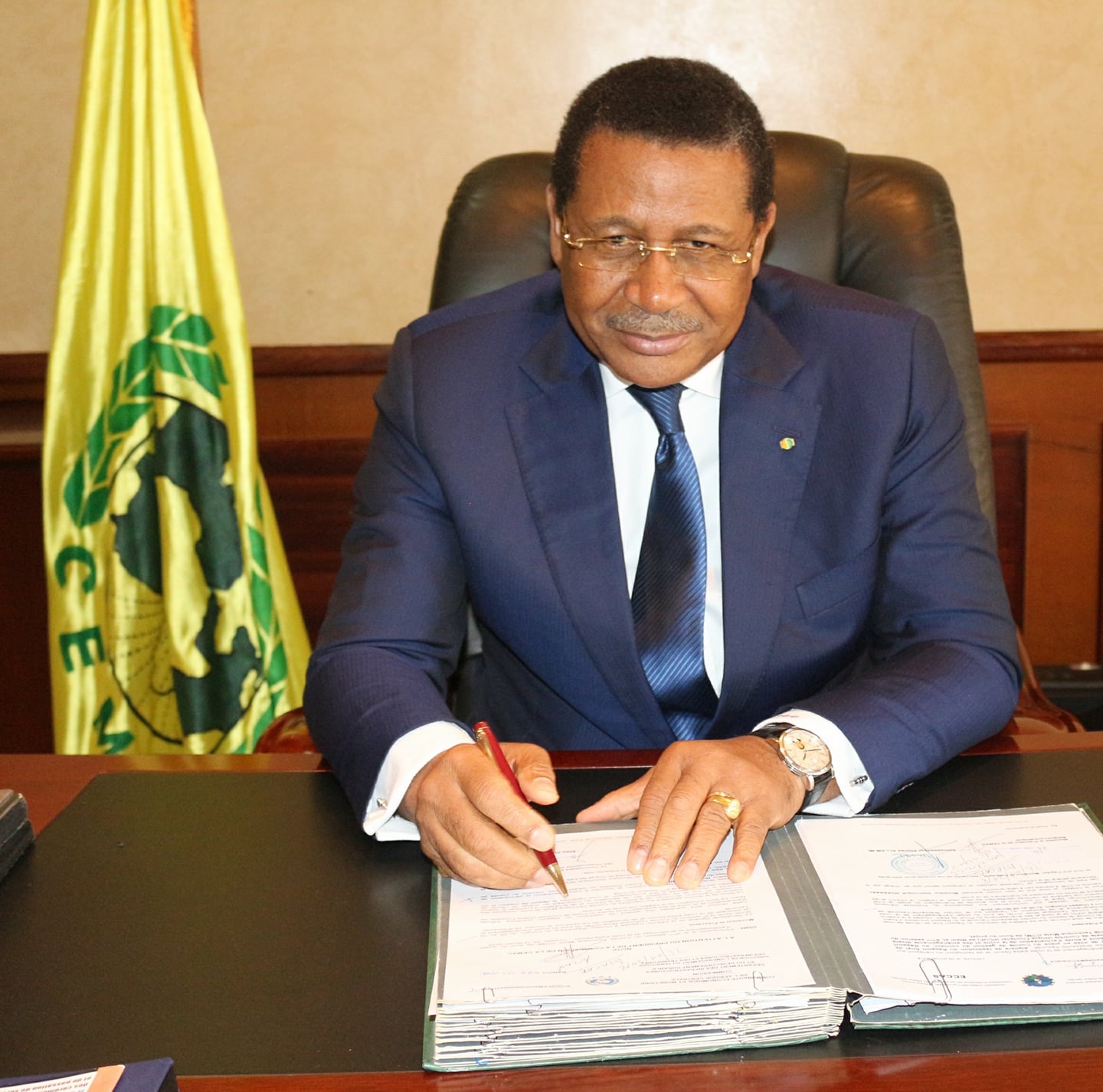 Irresolved concerning the process of regional integration, CEMAC, is confronted with this health crisis of Covid-19 which highlights a multiform state of emergency: economic, security and political.

When Cameroon, the Central African Republic, Chad, Congo, Gabon and Equatorial Guinea, countries with complex political histories, decided to create a “common economic market”, the CEMAC (Central African Economic and Monetary Community), nothing seemed obvious. Since 1994 and the signing of the Treaty of NDjamena, the sub-region has been characterised by certain major imbalances: political instability in the Central African Republic, turbulence in Congo and attempted coup d’état in Equatorial Guinea, terrorist attacks in the Lake Chad basin, cross-border violence in Cameroon, and today in the Gulf of Guinea, and maritime piracy, particularly in Gabonese waters.

The member countries of the subregion are also struggling with internal difficulties in applying the principles signed in the Founding Act. The free movement of people and goods, a vector of development for CEMAC, initially scheduled for 1 January 2014, is not yet operational. In particular, the various security crises and tensions with Cameroon have led Equatorial Guinea to close its land borders. Malabo’s protectionism finds its apogee in the construction of a wall with watchtowers between the country and its Cameroonian neighbour. Another challenge to the contract, in July 2014, Cameroon and the European Union sign an Economic Partnership Agreement (EPA) establishing a progressive exemption from duties on certain categories of products from the European Union, without taking into account the opinion of the neighbours. The accumulation of multi- and bilateral agreements makes the management of CEMAC delicate. As a proof, intra-community trade has reached a ceiling of around 3%, making the zone the least integrated of the five zones of the continent. Do these economic indicators then reveal a problem of governance of CEMAC institutions?

The health crisis highlights the socio-economic fragility of the countries. However, at the December 2016 summit of Heads of State in Yaoundé, decision-makers had committed themselves to ensuring the convergence of their economic policies, implementing real budgetary discipline and accelerating the diversification of the economy, with budgetary support from the IMF. However, little progress has been made on this last commitment. In 2019, oil still accounts for nearly 75% of the region’s merchandise exports and is the main source of tax revenue for these countries. Of the six member states, only the Central African Republic is a net oil importer. Paradoxically, the Congo, the sub-region’s leading producer with 350,000 barrels/day, has a debt exceeding 110% of its GDP. Equatorial Guinea, the second largest producer, has a negative balance of 95 billion CFA francs in the BEAC’s operating account. While the CAR is in an acute crisis, it has deposited more foreign exchange reserves. Cameroon, which is less dependent on oil and is an economic locomotive, contributes 50% of this pool on its own.

These reserves seem very meagre in the face of the fall in crude oil prices caused by the pandemic and the contraction of exports in sight, putting pressure on the budgets of states dependent on black gold. In particular, the zone’s finance ministers have pleaded for the G20 to cancel their foreign debt. It also remains to be seen whether the monetary reform of the CFA franc will take place in Central Africa in the image of the end of this currency in the WAEMU zone.

The period calls for a thorough review of the situation, on the one hand to block the spread of the disease and on the other hand to tackle structural issues related to the health and education systems. Weak infrastructure (transport, water, electricity, ICT, etc.) is a major brake on growth and competitiveness of enterprises, leading to an increase in the cost of factors of production. To support economies facing the risk of recession, the CEMAC Commission urges member countries to strengthen their fiscal policy and rationalise public expenditure by conducting targeted fiscal policies.

Resilience to exogenous shocks is, however, visible as Standard & Poor indicates in its May 2020 report on the region. Indeed, the low number of deaths at Covid-19 puts the catastrophic forecasts into perspective, while barrel prices should appreciate throughout 2020. Supported by the Bretton Woods institutions, the economic response to the pandemic could prove effective.

Nevertheless, the CEMAC space – the second lung of the planet in the Congo Basin – must inexorably accelerate its regional integration in order to build a solid economic base with the aim of creating a dense productive fabric that reduces imports and the melting of its currencies. The agreements and commitments signed outline the main lines of these structural transformations, proposing a strategy for the diversification of economies still structurally dependent on the extractive industries. In this context, the main players have a real card to play.

Yoan Moussavou, Internal Controller at the Ministry of Economy and Finance (France)